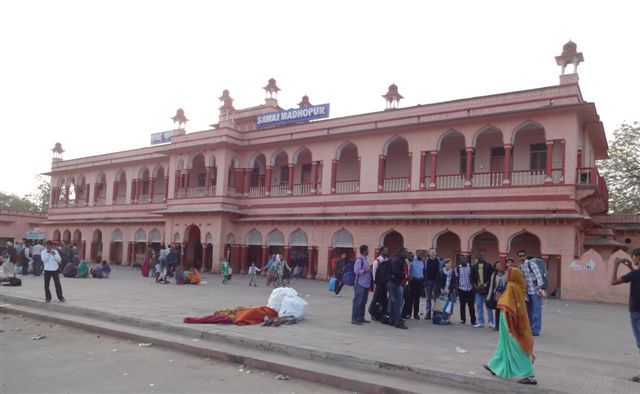 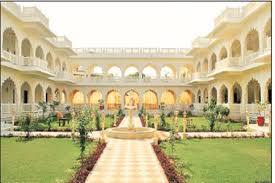 https://www.wildlifesafaritrip.com/page.php?url=ranthambore-national-park-animals  The history of Sawai Madhopur revolves around the Ranthambore fort. The settlement around the fort is the oldest here. Though the origin of the fort is not exactly known it is believed to date back to the 8th century. According to popular belief, it was built by Rajput King Sapaldaksha in the year 944 AD. He belonged to the Chauhan clan. According to another school of thought, the fort was constructed by King Jayant. He too was a Rajput Chauhan in around 1110 AD. However, the most popular belief is that the construction of the fort commenced during the mid-10th century and it continued for the next few centuries. From the day of its conception till prior to independence the fort went from one ruler to another.

https://www.wildlifesafaritrip.com/page.php?url=sawai-madhopur  The fort of Ranthambore was a pivotal building for the rulers of this region as the trade routes between North India, South and Central India. Under the rule of Rao Hammir, the last Chauhan ruler of Ranthambore region prospered magnificently. He ruled from 1282 - 1301 AD. It is important to note that in ancient India the region was more popularly known as Ranthambore. It was much later that it received the name, Sawai Madhopur. It was in the 1300 AD when Ranthambore had to face invasions and attacks. Ala-ud-din Khilji, the Afghan ruler captured Delhi. He sent his troop to capture the fort of Ranthambore too. However, he was unsuccessful in his aim three times. Finally in1301 he conquered the fort. From this time till 1500 the fort kept on changing hands. It was the Mughal Emperor Akbar in 1558 who provided stability to the region. He merged Ranthambore with his kingdom.

https://www.wildlifesafaritrip.com/page.php?url=ranthambore-national-park-in-india-map The Mughal rulers ruled the fort till 18th century. During the mid- 18th centuries the Maratha rulers of Western India were gradually gaining power. In order to put a check on them the Rajput ruler of Jaipur, Sawai Madho Singh, requested the Mughal king to hand the fort to him. But his plea fell on deaf ears. In 1763 the king fortified the village of Sherpur and named it after himself, Sawai Madhopur. Presently this place is known as the Sawai Madhopur city. Two years later the Mughals handed over the fort to the Jaipur ruler. During the British Rule Sawai Man Singh built a railway line between Jaipur and Sawai Madhopur. As a result, it became accessible from a central spot in the state of Rajasthan. Today it has grown as one of the popular tourist destination in India. Sawai Madhopur was built as a planned city by Maharaja Sawai Madho Singh I of Jaipur on 19 January 1763, who named the township after himself. On 19 January, Sawai Madhopur celebrates its foundation day. About 130 Km. to north-east of Jaipur, along the rolling hills of Vindhyas and Aravali ranges lies the town of Sawai Madhopur.

https://www.wildlifesafaritrip.com/page.php?url=ranthambore-jackets-online  The town founded in 1765 AD was named after its founder Sawai Madho Singh-I of Jaipur. Today Sawai Madhopur is known for Ranthambore, a Wildlife reserve and a place of historical importance. The Muslim conquest brought about major changes in the political map of northern India. In Rajasthan, the Chauhan kingdoms of sapadalaksa and Nodal dis-appeared; Govinda the grandson of Prithviraj Chauhan established himself at Ranthambhore and ruled as feudatory of the Sultan of Delhi. Following disturbances after the death of Iltutmish, Vagbhatta besieged the fort of Ranthambore. He then ruled from here for 12 Years waging continuous battles against the Sultanate. Rao Hamir was yet another figure who carved a niche for himself. In the annals, it is only now and then do we come across men of such heroism. Rana Kumbha captured the Ranthamboer Fort the middle of the 15th century. After the death of Aurangzeb, the fort was taken over by the rulers of Jaipur.